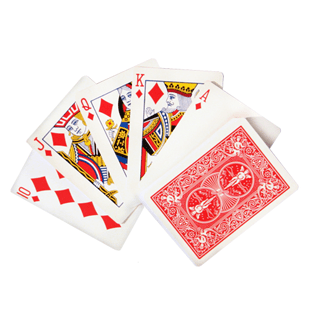 From Go Fish to Texas Hold’em, and from bridge to Old Maid, playing cards allow for more games than any other single type of gaming device. With origins in China, India, and Egypt, playing cards became widely known in Europe after the 1600s. The first American card decks came directly from England; after the Revolutionary War, American printers soon managed to print their own playing cards. From then onward, card decks became a fixture in many households and among groups of people looking for ways to play. Some small innovations developed over the years: Two-sided face cards (the royal cards) meant a player didn’t have to turn his card to see a Jack’s or King’s face, and indices (the small numbers at the corners of cards) allowed players to hold their cards closer in a “fan,” so other players couldn’t see them. Still, the earliest American playing cards look very similar to the cards we all recognize today.

Do you remember the first card game you ever played? There are countless children’s games with playing cards. Many of these are matching games, such as Go Fish and rummy, or card-shedding games, such as Old Maid. And playing cards are popular with people of all ages. Many adults belong to card-playing clubs. Travelers on trains or planes often play cards. Decks of cards amuse soldiers waiting in the field or in camp. And poker tournaments are popular television events. 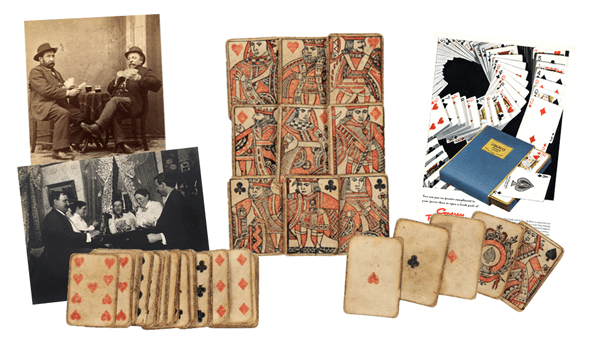 Factoyd: During the French Revolution, players started using the nominally lowest Ace card as the highest to symbolize the rise of the lower classes